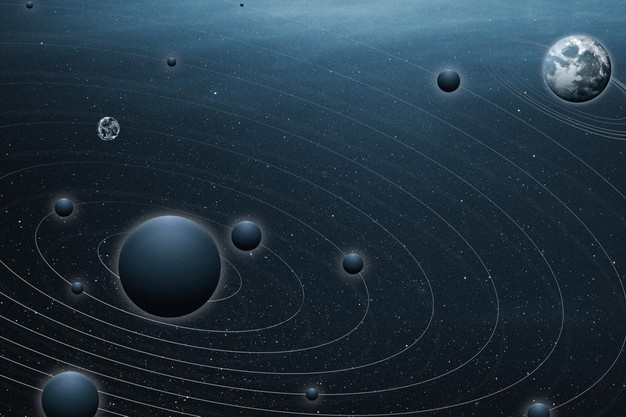 There are many amazing things about Astrophysics that is highly capable of blowing someone’s mind. The range of knowledge that Astrophysics deals with is incredible and it has a rich history in our world. Before talking about the different kinds of Astrophysics and the history of this incredible study we are going to make you aware of what is Astrophysics.

Without knowing what it is you will not be able to process all the information that we are going to provide you with. The general perception of Astrophysics will help you understand all the other things about it properly.

The branch of science that deals with the unknown elements outside of a normal person’s reach by which we mean Sun, Moon, other planets, comets meteors, and all the other astronomical things and all the events taking place in the universe excluding inside the Earth using the principle that a person learns through physics is called Astrophysics.

Astrophysics if we want to make it a part of one group of study then we had said that it can be classified as one of the branches of Astronomy which itself is a branch of Space Science. This shows that Astrophysics is a very specific kind of study on the elements that are present in space or we can say outside the Earth.

Astronomy, what is it? It is an ancient form of science that is separated by a big line from the study of physics that we do on objects inside the Earth or in our surroundings that is the study of terrestrial objects. If we talk about the world view of Aristoteli it is believed that all the bodies present in the sky appear to naked eyes as spheres that never change, the only motion that they show is the uniform circular motion that is uniform motion in a path circular in shape. This motion was executed when Earth was believed to be a realm that underwent the processes of growth and decay and in this realm, the motion which was considered to be natural was always in a straight line and this motion would reach its end once the purpose of the motion of that object has ended.

In the past, it was also believed that the astronomical regions that are the region where the astronomical objects were present were made up of some other kind of material which is in no way related to the material with the terrestrial objects are made of. Another thing that was believed in the past was that the Earth was the main component of the whole universe and all the other celestial bodies or astronomical bodies including the sun revolve around it. The movement of the sun made the day and night possible and also the summer and the winter that is the change in seasons.

The belief that the astronomical regions outside the Earth are made up of a different kind of material was proven wrong around the seventeenth century. It was Galileo Galilei, Issac Newton, and many more scientists who started claiming that they believed was wrong and that the regions outside of the Earth were also made up of the same things as that of the Earth.

These scientists also claimed that the objects present in the astronomical region also experienced the same kind of laws of natural physics that is experienced by terrestrial objects. The argument from the other side was that there is no practical evidence that can prove these claims to be true and hence no one believed them.

The study of Astrophysics between the seventeenth and the nineteenth century

When we talk about the time between the seventeenth and the starting of the nineteenth century the study of Astronomy was basically on one thing. The one thing around which the study of Astronomy was revolving is about the calculation of the speed of a celestial body and time taken by a celestial body and also about a detailed observation of the positions of the different celestial bodies at different times of the day. It was after this period that the popularization of astronomy truly started which we can say because only after this period did all the wrong believes of the past be proven wrong.

They discovered by themselves without the support of any organization that while they were trying to decompose the light that was coming out of the sun they found out that a region was formed which had either no light or comparatively less light which we can call a multitude of dark lines in the light spectrum. The name of the two scientists who found this independently was Joseph Von Fraunhofer and William Hyde Wollaston.

By the year 1860, another two scientists demonstrated why this region was where no light or comparatively less light was found in the spectrum of light. They demonstrated the presence of such a region in the spectrum formed by the sunlight corresponding to the bright portion of the spectrum is due to some effect by specific gases, these lines were formed with the effect of some specific chemical elements which act differently in presence of light.

One of the two scientists was Gustav Kirchhoff who was a physicist and the name of the other scientist was Robert Bunsen who was a chemist. The physicist named Gustav Kirchhoff explained that the formation of the dark regions formed in the spectrum formed by the light coming from the sun is because the light coming from the sun is getting absorbed by some of the specific chemical elements.

This explanation broke the belief that astronomical regions are made up of things that are not found on Earth. This proved that the chemical elements that are found on the surface of the Earth were also found in the sun and the solar system as a whole.

The discovery of the new element named Helium

The name of the two scientists who did this experiment and claimed the presence of helium was Norman Lockyer and the other scientist was Edward Frankland who was a chemist. These two scientists claimed the presence of Helium because when they were observing the spectrum formed by the light of the sun at different temperatures, they were unable to say that the yellow line formed was formed by any of the elements which were already known at that point of time.

This is the reason that they discovered the noble gas named Helium which was named after the famous Greek Scientist named Helios.