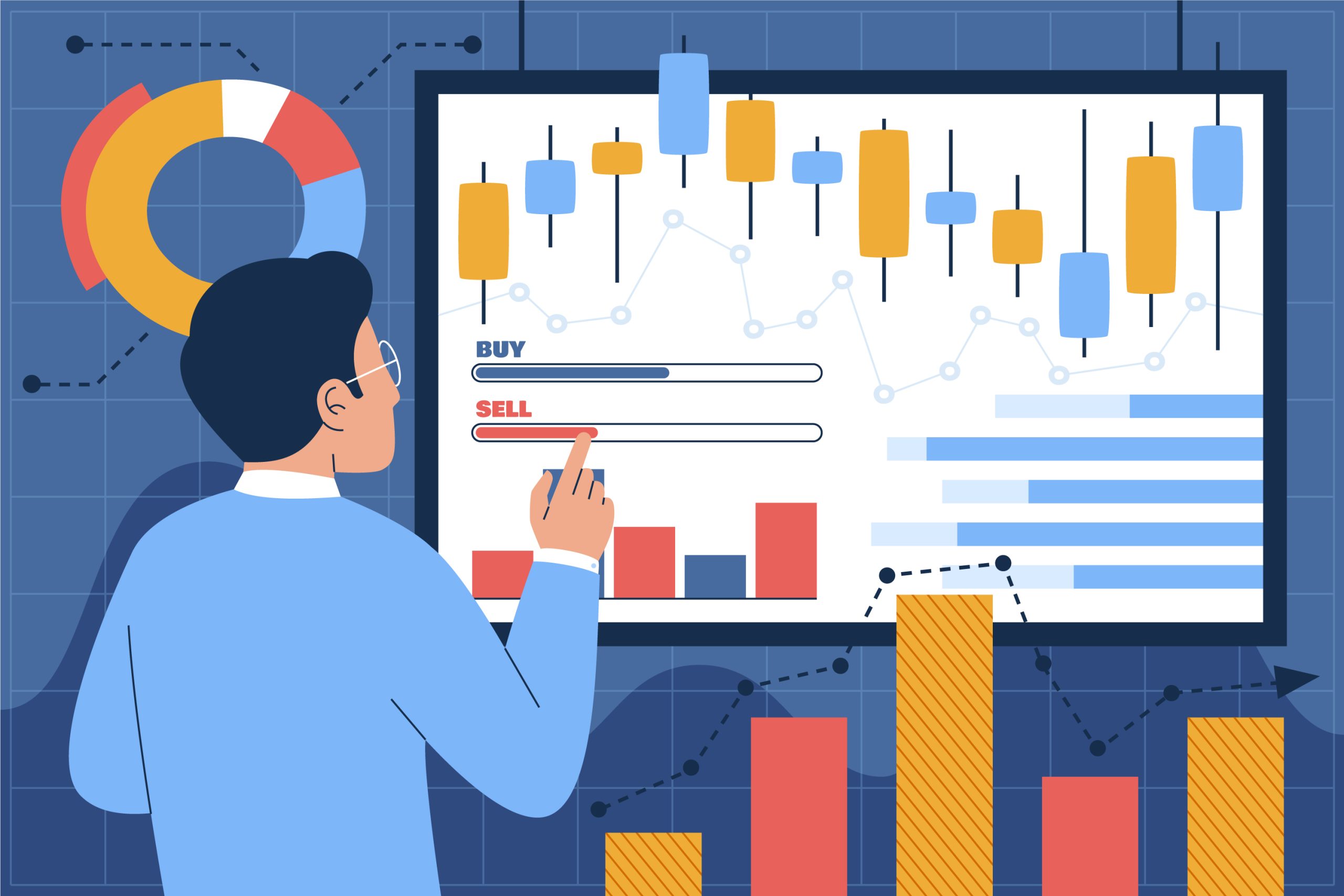 As you probably know in 2022 the US stock market isn’t thriving, which casts a damp on investors. But, what’s the point to waste your time worrying? Let’s better see what might happen next.  Will the bear market be followed by a bull run, giving a chance to cash in on it? In this article, we take a look at the popular Dow Jones Index next to tech giant Apple, which has managed to maintain profitability in these tough times.

The Dow Jones Index is one of the oldest indices, tracking 30 of the largest blue-chip companies in the market, and if you take a look at the chart it’s clear that the companies’ shares have gone into the red lately.

It should be noted that the Dow Jones is not much in hot water as compared to other well-known US indices. The S&P 500 has seen a 16% drop over the year, and the Nasdaq is down almost 26%.

Many experts expected a downturn in the US market even before the coronavirus pandemic, saying that the market is overvalued.

There was not even a slight decline, but a dramatic drop caused by coronavirus restrictions. Supply disruptions led to inflation acceleration, and economies around the world hit a rough patch.

And when it seemed that the market was finally heading in a positive direction, in February 2022 the world’s geopolitical situation went downhill. The energy crisis, inflation in double figures, the Federal Reserve regularly raising interest rates — you know it even better than I do. And as if it wasn’t enough, many experts still believe that the market is overvalued and that we should expect further declines.

So what about Apple and why are we talking about it? Apple is traditionally one of the most popular stocks among investors around the world. It has still managed to remain profitable this year – and that’s without taking into account dividends.

But maybe other tech companies aren’t doing so badly either, and we’re giving excessive credit to Apple when it’s not due? Let’s take a look at how the FAANG gang is doing.

Why does Apple stand out so much? Well, there are a couple of reasons. First, the company has a coherent business model. Of course, Apple is also affected by supply disruptions, but it’s always finding ways to work around the problem – for example, by launching a production site in India. Second, the company regularly releases new devices and services, which makes it more or less financially stable. Thirdly, there is a constant demand for new Apple products.

As a result, many experts in the market predict further declines in US markets, but forecast growth for Apple’s shares in the next year. On average, analysts think the securities may grow by up to 20% over the next 12 months. But keep in mind if there is a decline in the general market, Apple’s stock is not necessarily a saving grace. Always remember to Look first / Then leap.