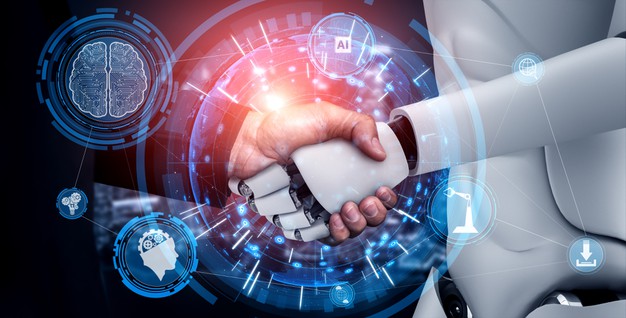 What is Robotics and what are Robots?

Before one starts to learn various types of robots, their functioning, and uses one should know what Robotics is. Robotics is a combination of science, technology, and engineering which is used to make different kinds of machines in order to help humans in completing their works easily and efficiently. Robots are one of the products of Robotics. These are programmable machines made by humans for assisting or replacing humans in extreme jobs. Here is a complete guide about the Types and Uses of Robots for the Future.

Earlier robots were used in manufacturing units or factories for completing the regular monotonous jobs of jobs, but today advancement in science and technology has made it powerful and efficient enough to perform tasks of firefighters in dealing with dangerous fire outbreaks or to perform even surgeries. Robots are controlled by humans, which makes them safe for use in such situations where the lives of humans are at stake.

There are 3 main characteristics of Robots:

Now we explain below more about Multiple Types and Uses of Robots in 2021 Technology in the world.

Robots can be seen in different shapes and sizes performing a variety of tasks because their functioning is completely dependent on the computer programming it has been given. In general, there are 5 different types of Robots:

Pre-Programmed robots are those robots that are made to function in a normal and controlled environment and perform normal jobs regularly. These are used in factories or manufacturing units to assist humans in completing their regular works efficiently.

Humanoid robots are those robots that are made to perform human-like functions. They just don’t function like humans but also look like humans and have characteristics and expressions like humans too. Sophia from Hanson Robotics is one of the most popular examples of humanoid robots.

Autonomous Robots are those robots that perform their tasks independently and there is human supervision required for them to function. They mostly operate in open environments. These are different from other robots as they have sensors that enable them to get information about the environment they are in and take decisions for performing a specific task.

Tele-operated robots are those robots that have wireless networking devices connected to them through which they are controlled or operated by humans from a safe distance. These robots mostly function in extreme weather or geographical conditions, where the functioning of humans is not at all possible. These are used in submarines or drones for fixing pipe leakages in oceans or to locate mines or enemy locations for armies.

Multiple Uses and Importance of Robots

Today robots are used to perform a variety of functions in order to make the lives of humans easy and safe. Soon we will see robots will be used in every phase of our life. Robotics, today has a wide range of usages like it is used in fighting fires, working with humans by providing assistance in surgeries, food delivery, etc. Even in war fields, these are used to detect the mines hidden and for locating the enemies. These wide ranges of usage show the importance of robots and robotics technology in our life. Few important uses of robots are:

In the recent future, the robotic industry will be seen everywhere. Technologies like artificial intelligence are in progress which will take this industry and its use in every sphere of human life. Things that are shown to us through science fiction movies can come to the real world and we can experience those things in our surroundings. Studies and researches going on in space will become very easy and will provide correct information for references. Robots are the future of technology and there are various types and uses of Robots to make the future glimpse.